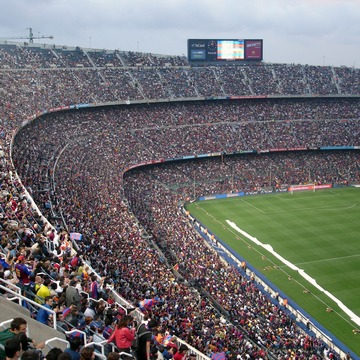 The topic of world level sports facilities became urgent after winning the right of running World Cup 2018 by Russia. At that moment, only three stadiums out of twelve named in the application corresponded to FIFA requirements for sports arenas suitable for the World Cup Games. Others had to be reconstructed or built anew. Inspecting the course of construction of the sports objects and infrastructure for the coming championship, the First Deputy Chairman of the RF Government Igor Shuvalov emphasized: “The championship will last one month, and it is important to show what the country will achieve in the development of such infrastructure. But it is even more important, what will be left for the city and its guests after the championship. What people think about the quality of legacy is very important.”

Preparedness of stadiums and cities’ infrastructure for the world class sports competitions will be discussed in Ekaterinburg at the III International Forum of High-rise and Unique Construction 100+ Forum Russia. The organizers managed to attract a unique composition of experts, including both representatives of sports structures developers and designers of the objects. They will share best practices and discuss the most topical issues - from normative acts to the problems of distribution of snow masses on the roof.

Special attention will be given to all safety aspects of stadiums - from geological surveys on the site of a future arena to organization of big public events on it. Vladimir Shelepov, Head of the Directorate for Complex Security, Asteros Group, will cover a broad spectrum of similar issues at the forum. “A sports event of the FIFA Cup level is a serious test for an organizing country, its infrastructure and security system. It means a substantial number of guests arriving from various countries, who place themselves in different cities and move around between them.  The capacities of a city infrastructure must suffice for the status of the event.  Also all necessary technical systems - those of access control (security turnstiles and body scanners), protective alarm, video surveillance, instruments of detecting the means of sabotage and terrorism, information collection and processing and many other - must be ready,” underlines the expert.

Svetlana Arkhipova, moderator of section “Arenas and Stadiums. Unique Entertaining and Sports Facilities”, chief editor of Sport Engineering magazine, believes that the current realities set the highest possible requirements, put the most ambitious tasks related to structural and planning solutions to architects, designers and builders of sports facilities: “The technical requirements are the same for all sports facilities - capacity, distance to tribunes, number of boxes and dozens of other criteria, which are critical for a stadium to be able to receive a world championship or any other international competition. This is what makes the work of architects more difficult, but at the same time it becomes a challenge activating their creative thinking. At the section, our esteemed experts will discuss a way of a stadium from an architect’s layout to a red ribbon-cutting ceremony, modern technologies it must be filled with and the necessary elements of the project for its further successful use as a legacy.”