Colin Ellard: “good buildings were designed with ideas in mind about what provides comfort” 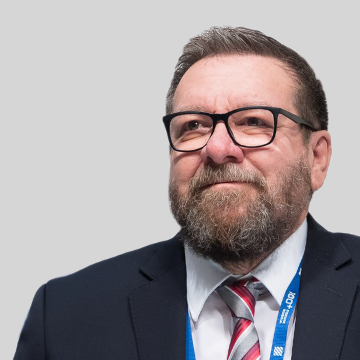 Colin Ellard – Director of the Urban Realities Laboratory at the University of Waterloo (Canada), author of the book “Places of the Heart: the psychogeography of everyday life”. He works at the interface of psychology, planning, architecture and urban design and has published research on these topics for many years now.

In 2018, Colin was one of the speakers at the 100+ Forum. We had a conversation about the pandemic, Canada's experience in harmonizing the architectural treatment of buildings, the renovation realities and the importance of public spaces.

– The main topic of 2020 is the pandemic. What main revelations have you made for yourself as an urban scientist and psychologist?

– The pandemic has been a game-changer in so many ways I could write an entire book to answer this question but I'll just make a couple of main points. I think the way to think about much of what has happened and how it affects urban science and psychology (and life in general) is that it has made it impossible for us to ignore many problems that we already knew about but which have now become acute. One example is inequity. We've always known that there are huge differences between the affordances of parts of cities that relate to factors like wealth and race. Put bluntly, mortality rates have been much higher for the have-nots and some of the reasons for this have to do with how we design cities. People of less means often live in more dense settings, are less able to work from home, less able to find ways to address mental health issues (community, greenspace, etc.) than those who have more. None of this is new, but the pandemic has thrown this into stark relief.

Another thing that I think is both interesting and important is that we have learned the limits of screen-based interactions. For a long time now, we've discussed the possibility that many previously in-person interactions – business meetings, scientific conferences, education at all levels – could perhaps be done more economically online. The abject failure of these technologies in the pandemic, the amount of mental stress, isolation, and depression that we've seen resulting from people not being able to be together has been, hopefully, a sharp stimulus for us to realize that there is no easy replacement for personal interaction, though we may have to treat it differently in the future and understand it as a more precious resource than in the past.

– Since you visited Ekaterinburg in 2018, it was allowed here not to accord the architectural treatment of buildings with local authorities. How does the system work in Canada, is there such a coordination? In your opinion, how necessary is this procedure? Does architecture have to be judged at all before it is implemented?

– Decisions about architecture in Canadian cities are mostly managed at the local level and yes government oversight and coordination is involved. There needs to be a cooperative relationship between urban design departments of city governments and developers. Obviously, if there is no benefit to the developer a project won't proceed, but the job of the city government is to try to ensure that what is built also works for the city as a whole, including the wellbeing of the citizenry. So, there's a lot of give and take between these stakeholders and a lot of trading. For example, a developer might be allowed to add a few extra stories to a high rise provided they agree to design a setback for the building that includes a generous amount of good semi-public space that benefits all.

– In large cities, the height and density of buildings are growing quite noticeably (Ekaterinburg is not an exception). What consequences for the well-being of people can this involve? How to minimize negative effects and increase positive ones?

– Research in my laboratory, some of which is just coming out now (available here as a preprint: https://psyarxiv.com/w8e4b/) suggests, that it isn't just height that is important, but also, as you suggest, density. For all kinds of reasons, we know that we do need to build high – the economic and environmental consequences of NOT doing so are dire. But including generous setbacks, tightly regulating the positioning and spacing of tall buildings, can have a measurable effect on how we feel in such places. My hope is that as these kinds of effects become better known, planners and developers will become more cognizant of the effects of urban design on psychological health.

– Small cities in Russia and even some areas of large cities often cause depressive feelings because of the monotonous gray buildings - the Soviet legacy. How can we fight this if there are no funds for renovation?

– This is tough and I don't think it’s a problem that is restricted to Russia, though yes, I have seen some of it there. I think, part of the answer has to do with reprioritization. If we have to think about money, let's not forget the economic cost of depression and other kinds of mental illnesses that can be caused by overexposure to bleak environments. It may turn out that the apparent cost of the renovation is less than one might think when balanced with the health costs of ignoring it. Another approach though is also to remember that the kinds of refits that can have beneficial psychological effect do not need to always be expensive. There are nice examples of low-cost flourishes, sometimes called "tactical urbanism", street furniture, public art etc. Given the monumental problems we face that might seem like something of a trite proposal, but sometimes when people know that they are being thought of, cared about, and nurtured even a little bit, that alone can have a beneficial effect on public health.

– In Ekaterinburg, a significant part of the main city square is occupied by parking and a monument to Vladimir Lenin. Is it good or bad, how do you think? How, in your opinion, should the ideal central city square look like?

– I believe strongly that the central part of any city should be pedestrianized. I try not to be an oversimplifier with respect to the automobile, but it is becoming more and more difficult to ignore the fact that the age of cars may be ending, and perhaps not a moment too soon. It isn't just in Ekaterinburg, but almost any city I've visited has a severe shortage of genuinely public spaces (in fact in lots of cities the ONLY public spaces that are left seem to be the roadways). I think a city square should be a place where people want to go (and yes even in Ekaterinburg and other northern cities that have cold winters (like the one that I live in for instance!) all year round. It should have the universal human attractors – nice places to walk and sit, food, opportunities to people watch, and some nature, even if that just means a bit of landscape architecture. And speaking of the pandemic, one of the things that we've learned in my town is that being outside in the winter, even sitting on a patio for a drink or a coffee, is not so bad!

– Tell us about your experience: which building impressed you the worst and why? And vice versa – which one evoked the most positive emotions?

– I'll give you a kind of generic answer, which is to say, that I think the best buildings are the ones, that take into account the affordances of human activities. That sounds very general, but what I really mean is that good buildings were designed with ideas in mind about what provides comfort, interest, positive feelings. For exteriors, that means outdoor public space built into the architecture, interesting and complex facades (a personal interest of mine) and for indoors it might mean generous use of natural materials, special attention paid to light (especially natural light) and, for a public building or a workplace for example, attention paid to the fact that we are all different. A comfortable setting for an introvert, to give one example, is going to be quite different to a setting that makes an extrovert happy.

– This year we discussed conscious construction at the 100+ Forum in 2020. What does it mean to you and how to lead the whole world to construct consciously?

– I wish I had seen this discussion! To me, conscious design has to do with maintaining awareness of the human element in design. We can make marvelous feats of engineering with dazzling materials, but what really matters is that we maintain a clear focus not so much on the technology and on the dazzle, as on how a design affects the way that its occupants think, feel, and behave.