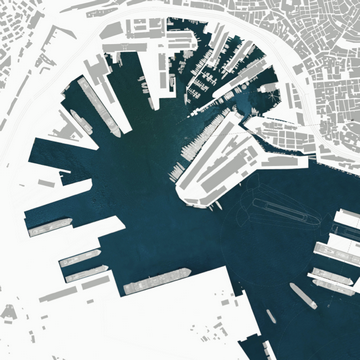 Administration of municipality of the largest port city of Italy will present a strategy of spatial development and renovation project of the historic waterfront Blue Print, designed by Renzo Piano Building Workshop at the 100+ Forum Russia. Italian representatives will hold two thematic sessions within the frameworks of the Forum: one of them will be devoted to issues of urbanism and the development of contemporary cities, the other - to the project of Italian architect, winner of the Pritzker Prize, known for such unique objects as a skyscraper "Shard" in London (UK), National Center of Art and Culture named after Georges Pompidou in Paris (France), the Aquarium of Genoa (Italy), Stadium "San Nicola" in Bari (Italy) and others.

The official delegation of the city of Genoa at the Forum will include Deputy Mayor of Genoa Emanuele Piazza, Director of Department of Promotion and Tourism of the city municipality Cesare Torre, President of real estate company of the city administration, involved in the project Blue Print, Stefano Francolini.

Genoa is Italy's largest sea port, the sixth largest city in the country, it is considered the city with the largest historical center in Europe.