Krylov Centre is Bringing the Crimean Bridge to Ekaterinburg 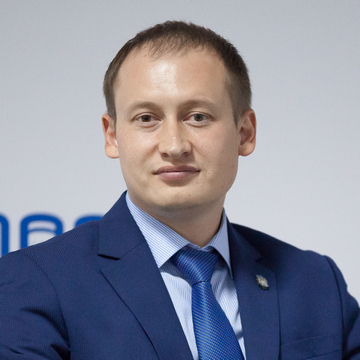 In December 2018, 100+ Forum Russia is hosting a theme-specific session devoted to construction of the Crimean Bridge across the Kerch Strait. We have interviewed Sergey Solovyev, Deputy Head of Aero and Fluid Dynamics Division at the Krylov State Research Centre.

Head of Research Support for the Crimean Bridge construction explains how full-scale testing of Crimean Bridge arches transportation was done in the Landscape Wind Tunnel; how arches’ and other cable-stayed bridges’ aerodynamic stability was studied, how wind and snow loads on stadiums, airports, high-rise buildings and other unique structures was researched.

What was challenging about transporting arches of the Crimean Bridge? How did your Research Centre participate in this operation?

- Arches of the Crimean Bridge were assembled on the bank, then loaded on pontoon boats and towed to the place where they were installed on the pillars. The main challenge was, firstly, the fact that arches are heavy and large; each of them weighs about 6,000 tons and is 229 meters long. Secondly, the shallow depth of the Kerch Strait is comparable to pontoon boat’s draft, so transportation was only possible along a 120 meter wide channel. Thirdly, strong winds in the strait, strong current and heaving of the sea could drive the transported structure beyond the channel and astrand.

Until this time, such operations on sea transportation of bridge structures have never been done. Taking into account all these challenges, designers of the Crimean Bridge contacted us at the Krylov Centre about experimental mathematical simulation since we have the experience of doing similar work for drilling rigs transportation.

We had two major goals within this work: identify maximum wind, current and heaving values as well as their combination that would allow for safe towing of arches. Identify arrangement and composition options for the towing formation.

At the first stage, we have experimentally identified the exact values of wind influence on the above-water part of the transportation system consisting of tow boats, pontoon boats and the arch itself as well as hydrodynamic loads on the submerged part. The wind load was identified in the Landscape Wind Tunnel for all possible wind directions, while also taking into account the impacts of the boundary atmosphere; hydrodynamic forces were identified in the testing pool.

At the second stage, we have developed a mathematical model of transportation system movement for the simulator complex. Experimental data received in the Landscape Wind Tunnel and the testing pool as well as initial data for the wind, current and heaving typical for the Kerch Strait were loaded into the developed model as initial data.

After that we checked various options of the towing formation in the simulator complex. Based on the simulation results, we identified weather conditions allowing for safe transportation. We checked three possible options of the towing formation and 12 cases of the least favorable combination of weather conditions for each of them. As a result of performing this work, we received an important result: the operation must not be performed with the wind speed over 10 m/sec; otherwise, there is a risk of an emergency. We also practiced the composition and arrangement of the towing formation that was capable of performing this transportation operation.

Are there institutions similar to the Krylov Research Centre in Russia or abroad?

- Not in Russia; there are research centers abroad that are similar to ours but have far narrower focus and experimental capabilities. The Krylov Centre was established in 1894; it employs about 3,200 people, 350 of these employees have an academic degree. Thanks to our professional team and the availability of unique experimental capacities, the Research Centre is considered to be the global leader in the ship-building science. We have 97 unique test beds, half of which are unparalleled in the world.

Tell us about the Landscape Wind Tunnel. Testing of what projects was it used for and will you present them at 100+ Forum Russia as case studies for your speeches?

- The Krylov Centre has a complex of seven wind tunnels and the Landscape Wind Tunnel is the “latest” one. This is a specialized unit to identify wind and snow loads on unique structures. There are only five such units around the world and ours is the only one in Russia.

There are many aircraft-type wind tunnels in Russia: they have a short open test section and are therefore not suitable for testing architectural objects. The test section of the landscape wind tunnel is 18 meters long, so we can simulate the boundary atmosphere. The test section is 11 meters wide, making it possible to test unique large-scale structures on large models, at a scale of 1:50 or 1:100. The climate control system maintains the established air flow temperature in the wind tunnel’s test section. The turntable where the model of the studied object and the surrounding landscape is mounted enables us to simulate all possible wind directions. There is a coordinate controller to move measuring probes and measure the wind speed in pedestrian areas of residential blocks.

After Landscape Wind Tunnel commissioning, Russian designers no longer use foreign services: they do aerodynamic studies at our facility. Over the past two years, we have done research on 23 unique objects in the wind tunnel, including high-rise buildings, large-span bridges, a stadium, airports, shopping malls. I will speak about some of them at the Forum.

Most of our customers are domestic project designers but we also receive requests from foreign firms. In 2017, we worked for customers from Europe, China, and Japan and we are currently working with a design bureau from Italy. The Forum in Ekaterinburg will be the first time I make a separate speech about the project of the large-span cable-stayed bridge and its aerodynamics for a customer in Europe.