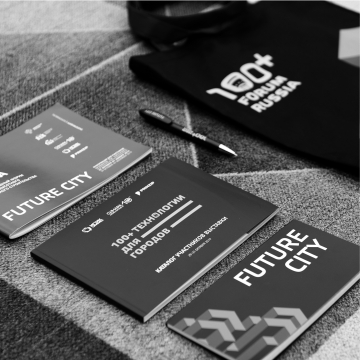 Participants and guests of the forum were particularly interested in the session titled Masterplan of Future Cities. The session was moderated by Mikhail Vyatkin, member of the board for Sverdlovsk Organization of the Union of Architects of Russia. The audience listened to speeches by experts from Russia and other countries: Federico Parolotto (Senior Partner, Mobility in Chain), Hiroki Matsuura (CEO, MADMA urbanism+landscape), Dhiru Thadani (Vice-president, ISOCARP) and representatives of CityThinking by EDDEA: Anna Sofia Ehrenfried, Timur Bogdanenko and Cardenas Dominguez Adame Jose Maria.

Representatives from architect's offices and leading Ekaterinburg-based construction and development companies participated in a meeting titled Modern Residential and Public Spaces. The meeting was moderated by Vyacheslav Trapeznikov, Builders Association of the Urals.

At the event, the speakers took a look at projects that show a possible future, exchanged information on concepts of a city that would be able to serve as its own prediction, discussed imagined languages based on a futuristic conception of the Museum of Language in London and shared their expert opinions on how to make the way for smart cities and build a futuristic network.

This final discussion became a glaring example of just how relevant the theme of 100+ Forum Russia – Future City – is.