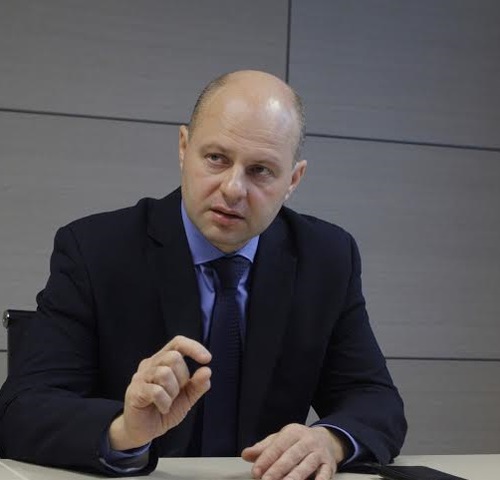 He started his professional career in banking (Petrovsky Bank, St.Petersburg) as a specialist in automation of commercial bank processes and analysis of financial and economic work of the bank).

In 1999, he changed for a dynamically developing metal trading company Inprom in the position of the First Deputy General Director –Director for Finance. With his direct participation, a largest in Russia metal servicing network was set up. Inprom company was a pioneer in implementation of the networking trade format on the Russian market of metal processing and metal services. A.V.Larionov managed to attract over 5 billion rubles by way of issuing promissory notes and bonds, for an investment project of purchase and installation of modern metal processing equipment. In 2010, he took part in structuring of a merger deal, when Inprom became a part of Evraz Holding Group, having formed one network «EVRAZ Metal Inprom».

From 2013, A.V. Larionov manages one of the newest complexes of construction plants Metal-Don (the Rostov Oblast)