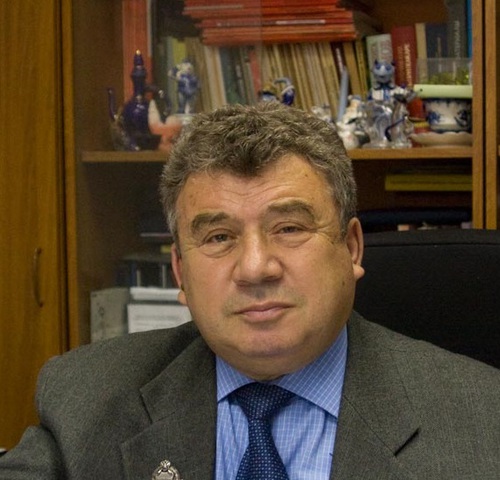 In 1964 he graduated from Tomsk State University majoring in ballistics, in 1968 he completed post-graduate studies at the same University on the subject ‘Gas Dynamics and Physics of Burning and Explosion’.

From 1965 to 1968 he worked on probation at the laboratory of flaming and thermal explosion of the Institute of Chemical Physics of the USSR Academy of Sciences under the leadership of A.G. Merzhanov, academician.

From 1968 to 1975 he worked as a research engineer at one of the plants in the Moscow region and dealt with researches in the field of fire and explosion safety in aviation and cosmonautics; he was the first in Russia to develop a package approach towards scientific rationale and practical solution of the fire-explosion safety problem of individual life support systems of pilots and cosmonauts. In 1975 he defended his Cand.Sc. thesis on this subject. He initiated and actively participated in the creation of fire-explosion safe materials for flight gear of the Soviet cosmonauts – participants of the Soviet-American space flight under the ‘Soyuz-Apollo’ program.

He was a thesis supervisor of a number of degree-seeking students from Russia, CIS and Western countries.

In 2001 he defended his D.Sc. thesis on the subject: ‘Fire Hazard of Polymeric Materials, Improvement of their Fire Performance and Codification of their Fire Safe Application in Construction’. In 2001 he was given a title of full professor.

At the same time he is Deputy Head of Product Certification Authority in the Field of Fire Safety. He is a member of committees for licensing and accreditation of the Supervisory Activities Department of EMERCOM of Russia.

Marquis Who's Who (US) published the biography of B.B. Serkov in the 7th, 8th, 9th and 10th edition of their directory ‘Who’s Who in Science and Technique’, as he is a person who reached good success in his field of activity and contributed to improvement in contemporary society.

In 2004 the short biography of B.B. Serkov was published in the encyclopedia ‘Best people of Russia’.

In October 2006 B.B. Serkov was given a title of Honorary Figure of Russian Higher Education for his scientific and pedagogical activities.

He is granted with State decorations, including the Medal of the Order of Merit for the Motherland, 2nd class