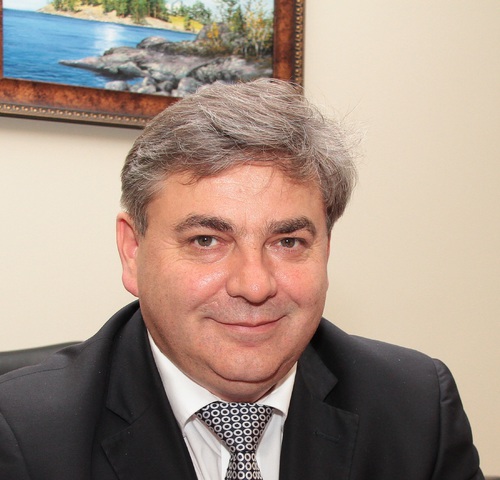 Sergey Evgenievich Erypalov graduated from the construction faculty of the Ural Polytechnic Institute named after Kirov in Sverdlovsk in 1985. Since 1995 he worked in AO "Uralelectromed" as director of construction and reconstruction, since 2002 - in UMMC-Holding LLC in a position of director of construction and reconstruction. Since 2012 he is a director in charge of investments and development of UMMC Holding LLC. The company includes more than 30 enterprises of mining, metallurgy, metal processing facilities in 11 regions of Russia. Sergey Erypalov has been participating in design and implementation of the UMMC development concept.   Diversification strategy ensures sustainable development of production and business, implementation of more than 1,000 large-scale investment projects aimed at modernisation of production. One of the most important directions in the work of Sergey Erypalov is participation in the formation and implementation of social policy for UMMC enterprises. Residential houses for UMMC organisations employees are commissioned every year.   Temples throughout the Sverdlovsk region and Russia are under construction and reconstruction, the UMMC Sport Palace in the town of Verkhnyaya Pyshma designed for 2,000 spectators is constructed and commissioned. He leads the development of business district “Ekaterinburg - CITY” in the center of Ekaterinburg. Sergey E. Erypalov was awarded with the title “Honoured Builder of Russia” for outstanding achievements in the field of construction.