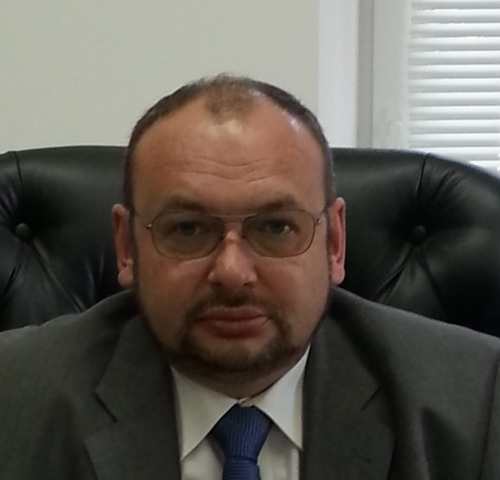 Stasnislav Pridvizhkin is Deputy Director for Capital Projects and Investments of the Ural Mining and Metallurgy Company.

In 1987, Stanislav graduated with honorable mention from the Ural State Polytechnic Institute majoring in Technical Physics. In 1999 he graduated from the Institute of Personnel Retraining at Ural State Technical University with a degree in Economics and National Economy Management, having studied there within the framework of the Presidential Program of Retraining of Senior Executives for National Economy Organizations of the Russian Federation.

In 1997-2000 he worked as Deputy General Director/Director for Special Projects of the State Investment Corporation ‘Gosinkor’ of the Uralinkor Association.

In 2000-2001 he was employed as Deputy Head of Economic Issues Committee of Yekaterinburg Administration.

In 2009-2010 he worked as Assistant Minister of the RF Regional Development.

In 2010-2011 he was Director of Housing Policy Department of the RF Ministry for Regional Development.

From 2012 to present time he has been working as Deputy Director for Capital Projects and Investments of the UMMC Holding.

In 2006-2009 he was assistant professor of the USTU-UPI Business School.

Academic degrees: Cand.Sc. in Physics and Mathematics, D.Sc. in Economics.