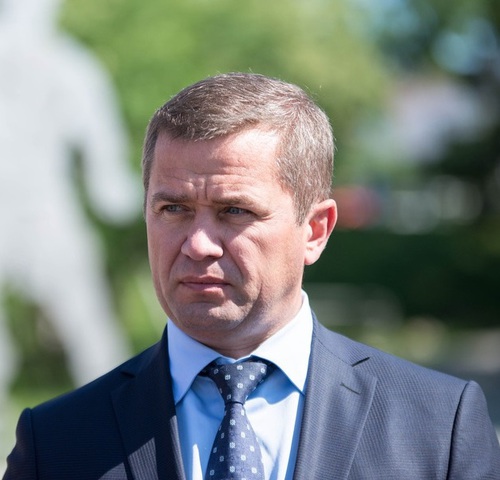 Valentin Anatolievich Gripas was born in the village of Aleksandro-Kalinovo of the Konstantinovsky district of the Donetsk region. The date of birth is 15 March 1969.

In 1987, was drafted into the military. In 1989, returned from the military. A year later, started working as a foreman of the fourth section at the Salym PMK-SN.

In 1992, took the position of Supervisor in the branch four of the trust Nord; however, in the same year, left the job for the Profit-and-Loss and Construction Department of the PO Surgutgazprom. Until 1997, worked there as a section foreman, a supervisor, and a deputy head of production.

In 1994, graduated from the Tyumen Engineering and Construction Institute majoring in construction of motor roads and airfields.

In 1997, became the head of the branch office of OOO Sholom (LLC); in the end of the same year, was employed by ZAO Salym-93 (CJSC). During five years there, he changed three positions: Chief Engineer, Director, and General Director.

From 2002 to 2006, Deputy Head and General Director of OOO Direktsiya po stroitelstvu (LLC) in Tyumen, then became the head of the Municipal Unitary Enterprise “Tobolskstroyzakazchik.” However, was soon appointed as Deputy Head of Tobolsk for Construction.

In 2007, took the position of Director of the State Budgetary Authority of the Tyumen Region “Capital Construction Authority.”

In 2010, became the head of the Department of Construction, Energy, and Utilities of the Khanty-Mansi Autonomous Okrug-Ugra.

In 2011, was appointed as Deputy Governor of the Khanty-Mansi Autonomous Okrug-Ugra.

In 2012, was included by Dmitry Medvedev in the federal commanding unit ensuring safe power supply.

In 2013, was appointed as Deputy Chairman of the Government of the Sverdlovsk Region.