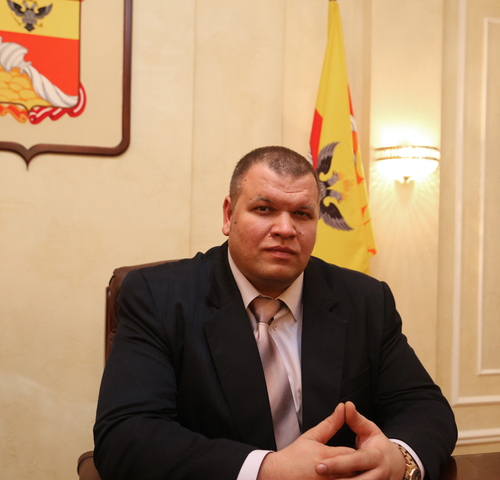 He was born January 6, 1977 in Voronezh. In 1999 he graduated from the Voronezh State Architecture and Construction Academy, with specialization in "Highways and airports".

August 2011 - January 2014 - Head of the office of the Federal Autonomous Institution "Federal center of pricing in construction and building materials industry" in the Voronezh region.

In January 2014 he was appointed head of the construction management policy directorate of administration of the urban district of Voronezh (appointment confirmed in February 2014).

He is the chief common councillor of the municipal service of the 3rd Class.